Pheave aka Pheave, a young artist hailing from the South-Side of Chicago just released his latest project. "Ask Around" The official video 6 hours fresh!

Gerome Thomas, also known as Shortie Mac, was born March 22, 1999 in Chicago, IL. Shortie Mac, the middle of three children, began rhyming when he was just two years old, freestyling to the sound of his father’s radio. His father always believed in him, and began to take his undeniable gift of rapping and freestyle serious in early 2009. Mac began his quest like many in the hip hop genre, performing battles on sidewalks and street corners, challenging men & women twice his age.

Through his father’s affiliations, Mac was introduced to producer Neo Keez who asked Mac to support his ministry, targeting and combating the violent wave of youth killings across the nation. This affiliation has become a focal point in Mac’s message to his fans, encouraging all people to “Put the guns down, We don’t wanna fight.”

As word began to spread, the buzz about Shortie Mac was undeniable, enabling him to network with many of the well established artists from Chicago, including the Remix King, Grammy Award winning producer Maurice Joshua, whose credits include Beyonce’s “Crazy in Love”.

Over the last few months, Mac has been performing across the country with appearances in several cities. Mac was given the distinguished opportunity to open for Dorrough, New Boyz and Supa Blanco for the Ohio “Back to School Jam”, which took place in Dayton, Cincinnati, Cleveland, and Youngstown. In his hometown of Chicago, he has performed at the WGCI car and bike shows and the B96 “Pepsi Summer Bash”, which had over 25,000 people in attendance. Mac has also been working tirelessly in the recording studio, preparing his much anticipated debut album. “I do my best at what I do because I love music so much. Music is my passion." - Shortie Mac

Shortie Mac is the new generation of hip hop.
I'm feeling the new track featuring Dorrough - That's Smackin' ft. on my next Mixtape "The Chicago Code" Another Prospective

The other day I stop by The Bassment (Chicago's One Stop Hip Hop Shop) to meeting up with DJ Skor on my usual business of DJing for my city. Anyhow I ran into Nando Calrizian and we were just talking about music and the usual. In the conversation we had, I ended up saying, do you wanna even hear Wiz Khalifa's - Black & Yellow anymore? He said no. I told him I never played that track, I always played Paypa - Black & Red (Below). Its funny because the crowd would always think it was Black & Yellow, but when they heard Black & Red, they would kinda be in shock, but when they heard it was a CHICAGO cover, they started back getting into dancing. I just thought I throw that out there, since I'm posting CHICAGO ish. Till next post.

The much too underrated Chicago-based rap duo Mass Hysteria bring us another solid effort off their soon to be released album. The track entitled "Chicago" is produced by SC & Mike Treese. It samples Graham Nash's 1971 song "Chicago: We Can Change the World" about the infamous Chicago Seven trial.

"They call it Windy City not cause it's breezy here / They call it that cause the politicians are sleezy here." Mass Hysteria puts up a mirror to the darkness and scandal that has gone hand in hand with the incomparable Windy City: from Capone to the Chicago Seven trial to police corruption, gentrification to governors Blagojevich and Ryan. The sample, the beat, lyrical content -- a perfect marriage. The song will also be used by the MUL crew for their new grafitti video coming out later this month! Until then download the song and witness the beauty that can come from the darkest places."


Also I (SHON ROKA : BRICKHEADZ) am B-boying in this video by MASS HYSTERIA - SO AMAZING

Nicoletta Berry Cover Singing Miley Cyrus When I Look At You Got a Amazi...

Nicoletta Berry
I think I got to LIKE her fan page on Facebook when she had 300 hundred, now she is at 2000 plus. I already awaiting more...
http://www.facebook.com/NicolettaBerry

Tonight, I guest DJ once again at one of the freshest spots in the city. 606 Hip Hop Open Mic is known for its classic freestyles from some of Chicago's best locals. Not only the locals grace us with their lyrical skill, rappers from all over the U.S. and beyond show up to bless the cypher. My set will close out the night with Shon Roka (Brickheadz) fashion. I believe I am gonna take them on a journey, if there in the parting mode I might just hit them with a surprise each time. From AZ to Yelawolf with a splash of Soul and Breaks. Let me work on my set right now while you read this article I got from Centerstage. Pretty damn good article to.

An institution that’s located at Wicker Park/Bucktown's busiest intersection, Subterranean offers something for just about anyone. It leads a dual life as a late-night lounge, complete with cheap drinks and bar food, and an excellent intimate music venue with eclectic acts that cover almost every genre. The lower level, known as the lounge, has a smattering of low couches, perfect for perching on while watching the action at the nearby DJ booth or bar. The walls are accented with striking paintings produced by local artists, all of which are for sale and rotated regularly. The upstairs Cabaret Room, which was a brothel at one time, features local and national bands strutting their stuff. The small size, accessible bar and balcony make it a very intimate venue for live music. The whole building, accented with antique light fixtures and low lighting, creates a very laid-back vibe.

The variety of events at Subterranean is vast; you can find indie mainstays and local bands (ranging from Oh My God to Shellac to hip-hop outfits) almost any night of the week, and the Tuesday night open mic is legendary. The lounge usually boasts a DJ or two every night, spinning everything from house to hip-hop. The full bar boasts daily specials to assure that a cheap buzz is always available, and a selection of burgers, chicken wings and quesadillas satisfy any late-night hunger.

AeroSoul 2 Urban Hieroglyphics | HIP HOP CAN SAVE YOUR LIFE (Graffiti)

Produced, Filmed, and Edited by Christine Joy Ferrer (www.eyesopenedblog.com): The Bay Area Aerosol Heritage Society, along with local chapters of the Universal Zulu Nation, present "Urban Hieroglyphics." And it's oh so freshhhhhhh, featuring "artists from the African hip-hop diaspora painting for peace and radical change" as well as ending black-on- black youth violence. From walls to canvases. From billboards to posters. Catch a glimpse of its February 4, 2011 premiere event at the Joyce Gordon Gallery in Oakland, CA and hear why its revelers think graffiti is so dope and how the arts empower social change. For more info visit: www.aerosoulart.com and www.joycegordongallery.com.

From New York City, there's Phade (TC5/Shirt Kings); Dooley-O; Gem7, Snatch, and Gnome (CWK), the crew who illustrated Just-Ice's "Back to the Old School" album, Mantronix' "Needle to the Groove" 12" and many other graf-laced designs for Sleeping Bag/Fresh records; Slave TF5 (From the grafumentary Style Wars); and members of the YNN, TMT and MBT crews. From Senegal comes Docta; from France (and other parts of Europe), there's aerosol superstar Mode2.

Mikey Factz, knows what's good with that Marvel vs. Capcom 3

Fresh out the airport he shows you he has a PS3 copy!


Feature: Mickey Factz "Nothing but the Factz" Trailer from 3 Little Digs on Vimeo.

Here is one of my favorite B-boys: CLOUD (Pause) on the clean up! I'm gonna get back to the Shon Roka I should be, so I'd decide to post this.

Daniel Cloud Campos in my eyes was always underrated. He always had this style about him a Rebel can recognize and see right away. A true Brickhead like myself can see ill talent especially when it comes to natural ability and floor work. I saw his potential in person at numerous jams. His hard work and talent is paying off in the end. Skills, skills, skills, that's what goes on a blog like Shon Roka's. Here is a whole helping of what some of you have been sleeping on!

A All New Night "MAKE IT RAIN" Saturdays

Come check out Rocmore Saturdays tonight with DJ SHON ROKA (Coast 2 Coast Mixtape DJs) and DJ SIN (Violator All-Star DJs). Bring you classic on the 1's and 2's and the hip hop culture together as one. Another night of fun with some of the hottest djs in Chicago. Let's go!

This Friday come check me out in Steger, IL at Another Hole In The Wall. I'll be handling the 1's and 2's how I should be every time I touch them. Be sure to follow me on twitter. The venue is a place you want to rock on, below I have placed a picture of it. So come out and see what Park Forest Hip Hop has to offer. Here is the line up of the show. 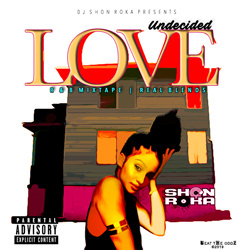 Artist Submit Your Song For Next Mixtape Here!